The sad passing of an intellectual genius such as Steve Jobs leaves people with lingering thoughts as they ponder their own immortality. In 2009, Apple co-founder Steve Jobs and his wife placed at least three properties into trusts. A trust is an arrangement under which one person (the trustee) holds legal title to property for another person (the beneficiary). The act of placing the properties in trust may have been his way to ensure that his assets were not disclosed upon his death.The advantages of placing stock and real estate into trusts can be to  minimize estate taxes upon a person’s death, 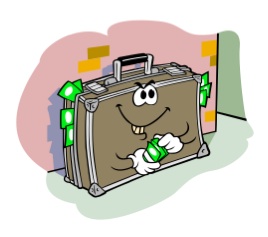 and keep assets from being publicly disclosed in probate court. While most of us do not quite have the type of holdings that Steve Jobs had, many of us would rather that our assets remain a private affair upon our passing. Even if we don’t  have huge holdings in Apple stock or Disney shares as the late Steve Jobs held, it is important to provide as much protection as possible.

Real estate transfers in California are recorded in county records. According to California law, wills must be filed in court within 30 days of a person’s death. Once assets such as real estate are placed in trusts, a person can write their will to say that everything is left to the trustee, she said. The assets would be then administered according to the trust rules, which are almost always private.

In 2007, a study by Harris Interactive for Martindale-Hubbell revealed that 55% of adult Americans do not have a will. This means that when these individuals die, the estate must go through probate. Probate is a Superior Court procedure to determine a will’s validity and any creditor’s claims. Probate also establishes the identity of the beneficiaries.

Undeniably, Steve Jobs was a genius in his own right. He was far ahead of his time and made some pretty smart moves in his lifetime. Steve Jobs obviously recognized that with the kind of wealth he had attained, he certainly did not want his entire estate to go through probate if he could help it.

Disclaimer-All information contained herein is deemed reliable but not guaranteed. You are advised to consult a reputable attorney for all legal advice or a reputable tax advisor.